Ways To Detect Air Suspension Issues in a Mercedes S-class

Mercedes has always been a top innovator when it comes to suspension design. They revolutionized the luxury car market when they introduced their take on the air suspension system by unveiling the AirMatic system in the early 2000’s. However, even the most perfect suspension design will encounter unavoidable faults, given enough time and poor maintenance strategies. Therefore, in this article, we’ll focus on how you can detect some common air suspension problems in your Mercedes S-Class.

What is the AirMatic system?

The AirMatic system was released in the early 2000’s by Mercedes, initially for the C-class model. It is now the standard across many of Mercedes’ popular lines, including the S-Class. The AirMatic suspension system uses pressurized air to inflate and deflate airbags with changing road surfaces, leading to an incredibly smooth driving experience.

Your S-Class air suspension system is complex and relies on many different parts to work seamlessly together. This means that there is also a greater potential of part failure, but this is a worthwhile trade off when you consider how great the S-Class series feels to drive. Below, we’ve listed some of the most common signs and symptoms of air suspension failure that you can use to detect an issue should it arise.

If the relay circuit of your AirMatic system becomes old and worn out, then you’ll notice your compressor either won’t start or won’t stop running. This is because the relay is in charge of opening and closing the circuits which power the compressor. This issue is typically caused by natural wear and tear. It can be fixed by a mechanic.

The compressor is the hardest working part of the entire AirMatic system, as it is incharge of inflating and deflating the airbags as you drive. The compressor can develop faults in its wiring or can become clogged, which can be easily fixed by your mechanic. A common sign of compressor problems is a sagging suspension.

If the AirMatic valve gets blocked, then air can pass backwards to the compressor, which puts a lot of pressure on the unit. If this is happening, then your suspension will no longer feel as tight and shock absorbent.

Squealing or screeching sounds while driving are indicative of suspension shock problems, which will need to be repaired or replaced to resolve the issue.

This is quite an easy issue to detect, as it shows through an uneven suspension, typically most noticeable in one corner of your S-Class. This is most commonly down to the air suspension strut and is commonly caused by poor installation or repairs. Therefore, if your Mercedes has been to the shop recently, it might be worth asking some questions of your mechanic.

Leaks are a really common problem of any air suspension and can be easily repaired. Most commonly, leaks will occur around the connection points as well as valves and will cause your suspension to no longer feel as buoyant. If not attended to in a timely manner, leaks can also put a strain on your compressor, resulting in premature part failure.

Dealing with Air Suspension Failure Once Issues are Detected

The number one way to deal with the air suspension failure in your S-Class is to avoid the problem entirely through preventative maintenance and servicing. Keeping up to date with your maintenance checks is essential, as it helps ensure the overall health and performance of your car, meaning you get the most out of what your Mercedes has to offer. It also helps ensure that, should problems occur, they are detected early. They can be dealt with quickly and at a lower cost to you. Put simply, maintenance ensures you get an amazing driving experience and save money too!

If you drive an Audi, BMW, 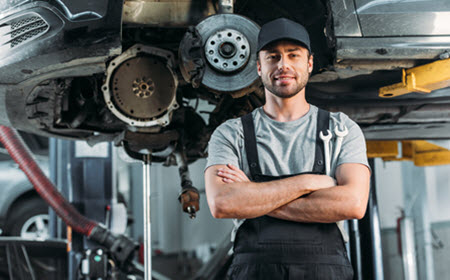 Mercedes-Benz, MINI, Porsche, Sprinter, or a Volkswagen and are in need of air suspension repairs, then look no further than Escondido German Auto Shop. The friendly team of experts at Escondido have been servicing the drivers of Escondido, Rancho Bernado, and Valley Center, CA for many years. No job is beyond our expertise. Call us or stop by today for a consultation.